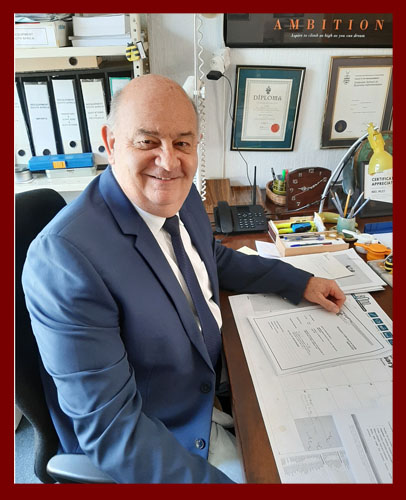 Mike Miles joined the Institute for Industrial Relations, based in Johannesburg, as the Assistant Director in 1984 and was appointed its Executive Director in 1987.  He was formerly a magistrate in the Zimbabwean Justice Department and worked in the personnel and industrial relations fields in the South African Mining Industries.  The Institute for Industrial Relations was closed down in May 1990 and Mike Miles started his own practice as a Labour Management Advisor to employers, specialising in all aspects of labour relations.

Mike Miles has a Masters of Management Degree (Wits) focusing on Human Resource Management, a BA Degree in Law and Social Anthropology (Rhodes), the Magistrates Admission Examination (Zimbabwe), an Intermediate IPM Diploma, the Development Programme in Labour Relations (Unisa), the Advanced Diploma in Labour Law (RAU), and Certificates in Legislative Drafting and New Rules in Cross Examination (University of Pretoria).

His Research Report for his Master’s Degree (1995) investigated the viability of co-determination as a form of worker participation in the South African collective bargaining system.  He has authored various publications in the field of Labour Relations in South Africa.

Mike Miles has designed a number of training courses in labour relations and conflict resolution and has consulted widely to employers on their industrial relations problems.  He has always promoted sound employer – employee relations through interest bargaining as the hallmark of progressive labour – management relations.  He has a sound and thorough understanding of the employment relationship and is well qualified to advise clients on all aspects of industrial relations in a personal and approachable manner.  He was also a part time Commissioner at the Commission for Conciliation, Mediation and Arbitration (CCMA) for 10 years from its inception in 1997 until 2007.